Robertsons were involved in a number of sponsonships over the years. Due to the passion of the Chairman - Neil Robertson - for Hot Air Ballooning, Robertsons sponsored the 3rd World Hot Air Balloon Championship in 1977 and brought the event to Castle Howard in York. A range of official merchandise were produced which are highly collected by Golly enthusiasts. The official program is shown below: 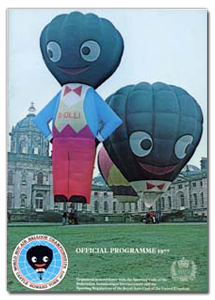 This was the first time it was held outside the USA and a significant range of publicity material were produced for the event including badges, jeans patches, postcards, plates and stickers. 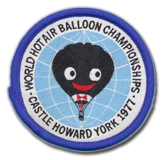 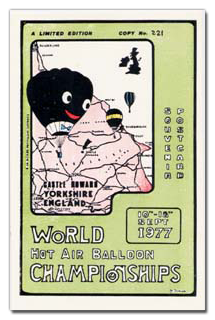 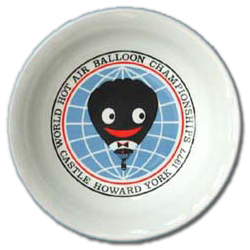 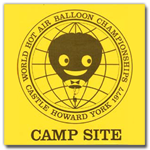 The event was held in September 1977 and saw 51 pilots from 22 nations competing for the title of World Hot Air Balloon Champion. A range of first day covers were also available that were actually flown in the balloons during the race. 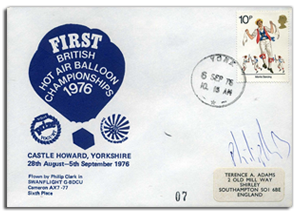 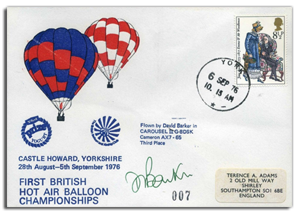 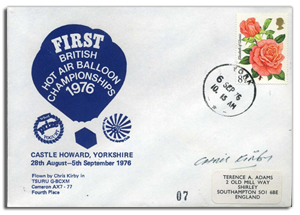 A number of golly balloon badges have been produced over the years and they are all catalogued in the official Golly Checklist by Colin Dodds and Zanny Garbett. First described to me as the Golly Collectors Bible it's a must for all budding collectors. Copies are only available online from www.gollychecklist.co.uk